Mount Jiuhua is one of the four sacred mountains believed in the Chinese Buddhism. Literally, Mount Jiuhua is also known as Nine Glorious Mountains, which is located in Qingyang County in Anhul province. Apart from its popularization as a pilgrimage site, this mountain is also famous for its rich landscape. The mountain house many of the ancient Buddhist temples holding magnificent Buddha statues. The temples and shrines are also dedicated to Ksitigarbha, a bodhisattva and protector of beings in hell realms as per Mahayana Buddhist tradition.

View our Buddha statues from different countries of Asia 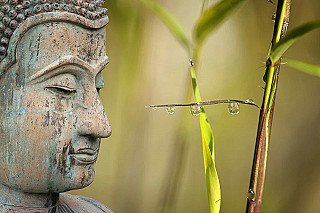 The mountain had varied names in different dynasties. Like, it was popular as Mount Lingyang during Han Dynasty. It was known as Mount Jiuzi during Liang and Chen Dynasties of South Dynasties. Legend mentions that once the great poet Li Bai of Tang Dynasty traveled in this mountain and wrote down few words- Magic is divided to two branches, sacred mountain generates nine glories - and henceforth, the mountain was named as Mount Jiuhua and the name didn't change afterward.

It is also documented that as many as 360 Buddhist temples housing Buddha statues were established during the golden periods of the Ming and Qing dynasties. The numbers of monks and nuns lived there were around 4,000 to 5,000 monks and nuns.

Later it was recognized as popular pilgrimage destination in the southeastern part of China. It was also considered as one of the four holy mountains of Buddhism.

Temples in the Mount Jiuhua

There is numerous Buddhist temple in the area but some of the most popular temples are mentioned below:

Huacheng Temple is the first temple on the Mount Jiuhua. It is also considered as the leading temple. It is believed that during the Jin dynasty, an Indian monk Huaidu built a small Buddhist temple in 401 CE. During the Tang dynasty, a monk Tandao was in charge of the temple. He renamed the temple as Huacheng. It is also recorded that the monk, Jin Qiaojue died at the age of 99 and soon after he was regarded as the incarnation of the Bodhisattva Ksitigarbha. Then after, the temple was dedicated to Ksitigarbha.

Guoqing Temple is a Buddhist temple which was built in 598 CE during the Sui Dynasty. The temple was renovated during the reign of Qing Yongzheng Emperor. The temple is located roughly 220 kilometers from the city of Hangzhou. The temple is spread in the area of twenty-three thousand meter square and included various halls for the specific purposes. Some of the important halls in this temple are the Grand Hall of Sakyamuni, the Hall of Five Hundred Arhats and the Hall of Monk Jigong.

Dabeilou Temple is also popularly known as Dabei Lou. This temple is the part of the Zhantanlin Temple located on the Mount Jiuhua just below the Baisuigong Temple. This temple was built around 2001 CE in the traditional temple architectures.

People generally visit the mountain with two purposes in their mind. The first one is obviously as a pilgrim and the second one is to enjoy the natures of the mountains. Therefore, Mount Jiuhua has attracted creative minds along with the pilgrims. It is recorded that many famous poets and artists have visited here which resulted in a rich legacy of art in the Huacheng Temple. These creative arts are now housed in the Jiuhua Museum of Buddhist Relics.

Here are our collection of Temples and Shrines in our gallery 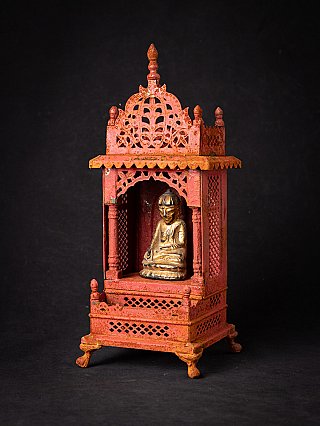 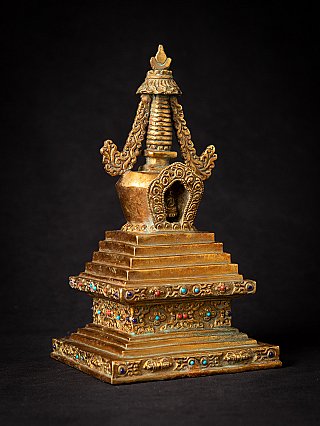